According to USA Today out of 843 women surveyed 94% say that they have experienced sexual harassment. Women in a variety of roles such as producers, actors, writers, directors, editors were surveyed. 21% responded that they have been forced at least once to do something sexual. A surprising finding that USA today made was that more than 33% of women weren’t even sure they were sexually harassed. In another survey conducted by Anita Hill,  one in five women said that they had been sexually harassed or abused. 5,399 women in the entertainment industry were surveyed. According to the report, titled “The Hollywood Survey Report #4: Sexual Harassment and Assault,” “Females experience unwanted sexual attention (42%), sexual coercion (20%) and sexual assault (5%) – approximately twice as often as males (22%, 9%, and 2%, respectively).” The most common type of harassment was found to be gender harassment including jokes, comments, and sexually crude terms based on gender. 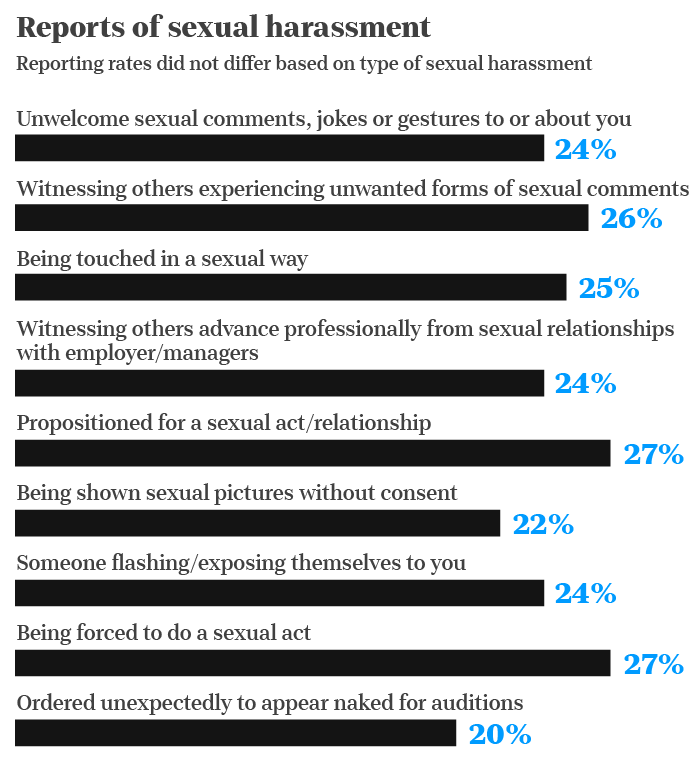